Passover in Egypt in 419 BCE

Many biblical scholars tell us that, so far, there is little or no archeological evidence of Israel’s exodus from Egypt and the periods which preceded it. Some scholars also doubt Joshua’s wars and even the scale of the Davidic monarchy.

At the other end of the timeline, the Dead Sea Scrolls prove that the entire Tanach (Hebrew Bible), as we know it today (modulo canonization), existed in Hebrew manuscript form by the beginning of the 1st Century CE (year zero of the common era). The findings at Qumran suggest that there existed libraries with many copies of each Biblical book, where the people of Judah were able to read them along with contemporary commentary, translation and exegesis.

The question arises, at what point during the first millennium BCE can we find hard evidence that matches the Biblical narrative on the formation of the Israelites and Judahites as a people and as a religion whose center of gravity is in Jerusalem?

There are several carbon-dated archeological artifacts that indirectly corroborate the Biblical stories in the 9th century BCE. I discuss some of them in THIS post.

Here, we will discuss an interesting piece of evidence from the 5th century BCE, which roughly coincides with the return to Zion and the rebuilding of the 2nd Temple.

In 1907, a german professor by the name of Eduard Sachau discovered the Passover Papyrus at Elephantine. The papyrus is written in Aramaic using Hebrew letters, and has been scientifically dated back to 419 BCE. This is the oldest archeological document found to date (outside of the Bible) which proves that Jews celebrated Passover during the period which coincides with the Return to Zion of Ezra and Nehemiah (from the Babylonian exile), and provides independent historical evidence that:

Elephantine is a small island in the southern part of the Nile river, near today’s Aswan. Most Hebrew sources refer to it as “Yev” (יב) – for example, this Hebrew article about the papyrus. The Passover Papyrus is part of a large collection of documents that were uncovered at Elephantine. The documents were studied by German, British, American and Israeli scholars and translated from Aramaic to many different languages. Many of the documents deal with the history of one specific family: the family of Hannaniah. Some of the papyri have been on display at the Brooklyn Museum. They were published by the museum in a book: 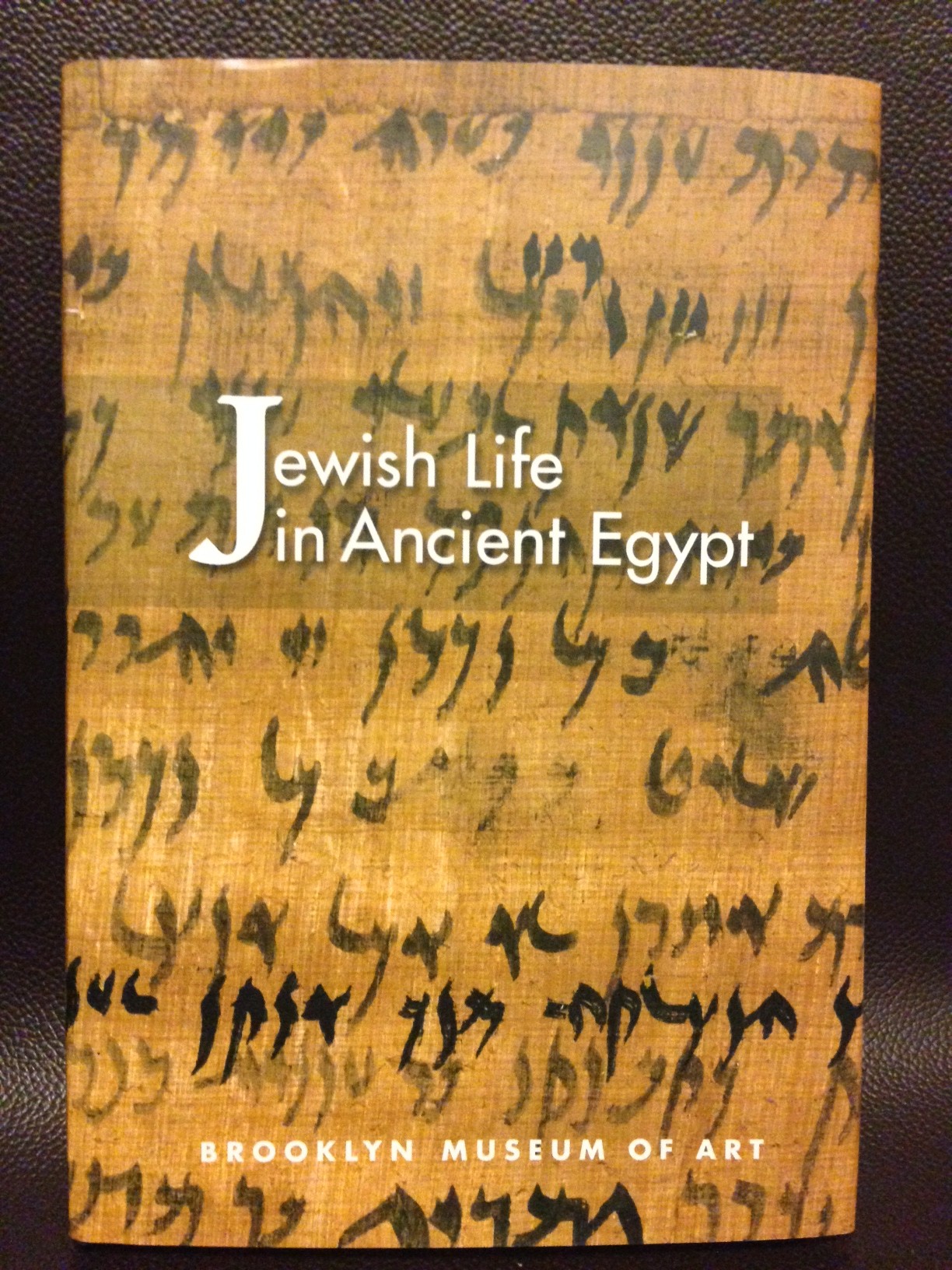 However, the Passover Papyrus is not at the Brooklyn Museum, it is on display at the Berlin Egyptian Museum – which I visited last year with my family.

As Arnold explains, there are many holes in the text which have to be filled in. The English translation of the Passover Papyrus (as given by Prof. Jill Katz) is as follows: “…Now, you, thus count fourteen days of Nisan and on the 14th at twilight the Passover make and from day 15 until day 21 of Nisan the Festival of Unleavened Bread observe. Seven days unleavened bread eat. Now, be pure and take heed. Work do not do on day 15 and on day 21 of Nisan. Any fermented drink do not drink. And anything of leaven do not eat and do not let it be seen in your houses from day 14 of Nisan at sunset until day 21 of Nisan at sunset. And any leaven which you have in your houses bring into your chambers and seal (them) up during these days. To my brothers Jedaniah and his colleagues the Jewish Troop, your brother Hananiah”The original Aramaic and Hebrew translation are given in this paper By Dr. Yehoshua Brand, and another important article in Hebrew is available here.

We get some of the missing background information by reading the Temple Reconstruction Papyrus (dated 407 BCE). This scroll mentions the sons of Sanballat the Horonite: 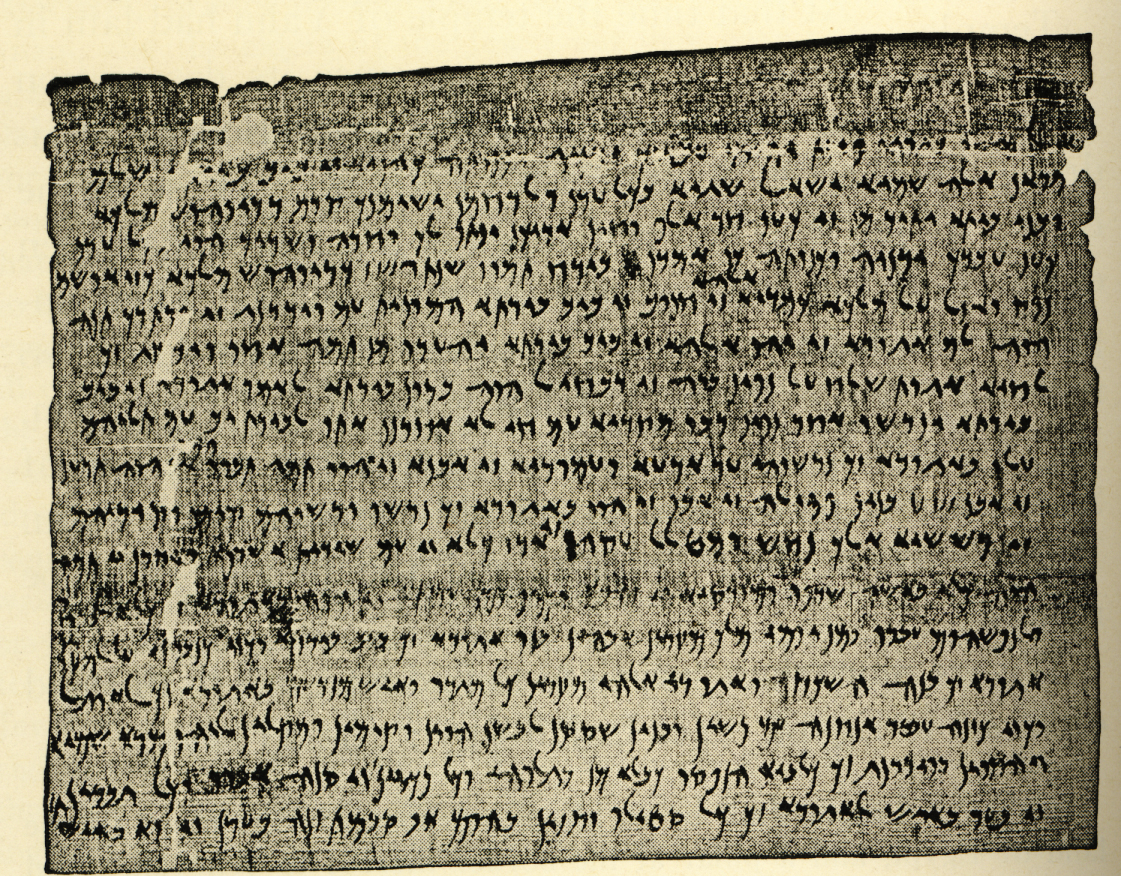 “…we, our wives, and our children, and the Judahites who are here, all of them—if you do this so that this temple is reconstructed. And you shall have honor before Yahu, the God of the Heavens, more than a man who offers him burnt-offerings and sacrifices worth a thousand talents of silver and gold. Because of this, we have written to inform you. We have also set forth the whole matter in a letter in our name to Delaiah and Shelemiah, the sons of Sanballat, the governor of Samaria.”The mention of Sanballat, the governor of Samaria, by name is one of the strongest corroborations of the Biblical Ezra & Nehemaiah narrative ever found in archeology. Sanballat appears in the Book of Nehemiah, which casts him as one of the chief opponents of the Jewish governor Nehemiah during the latter’s efforts to rebuild the walls of Jerusalem and carry out his reforms among the Jews. For example, Nehemiah Chapter 6 says:

“Now it came to pass, when it was heard by Sanballat, Tobiah, Geshem the Arab, and the rest of our enemies that I had built the wall, and that no breach was left therein; also that until that time I had not erected doors in the gates.

Then Sanballat and Geshem sent to me, saying, ‘Come and let us meet together in Kefirim in the Valley of Ono’; and they were plotting to do me harm.”

and verse 10 of that chapter even mentions the names of his sons: “And I came to the house of Shemaiah the son of Delaiah…” which matches the Elephantine papyrus! You can read many of the linked sources to get the full picture of the significance of the Elephantine papyri, but I think the most important point to take away is that this is a very strong corroboration of the Biblical narrative during the period of Ezra and Nehemiah which I covered in: Jews and the Land of Israel.

First, that a Jewish community actually existed in Egypt from around the time of the Babylonian exile of 586 BCE. The Biblical text refers to this through the words of the prophet Jeremiah. While the Elephantine Jewish community was not necessarily religious (some scholars say it was polytheistic), the papyri prove that it felt a strong affinity towards “the mother ship”, Judah, and corresponded with Jerusalem seeking help and religious advice.

Second, that the Elephantine Jews probably did not possess a Torah scroll (because it was hard to obtain one, or because it didn’t exist yet).

Third, that the religious leaders in Judah at the time were able to provide precise instructions how to celebrate Passover. Even if the Torah did not exist yet in scroll form, it is clear that the information on how to celebrate Jewish holidays existed in full detail, and the skills to write it down in Aramaic Hebrew existed in Eretz Israel during the 5th Century BCE.