The idea is to focus on what our ancestors believed rather than on what we currently believe, and to connect with that spiritually, intellectually, and emotionally. Not just our Biblical ancestors, but all generations of Jews before us.

If you look at the layout of the Ten Commandments as they are displayed in most synagogues, they are divided into two groups of five, arranged on two tablets that are supposed to remind us of the tablets that Moses downloaded from Mount Sinai: 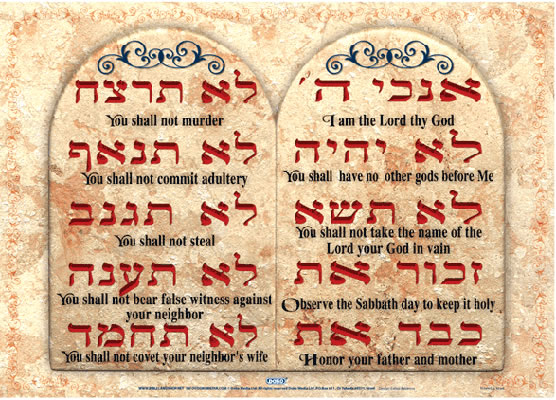 Honor your father and your mother, in order that your days be lengthened on the land that the Lord, your God, is giving you

and the second version of the Commandments in Deuteronomy 5 says:

Honor your father and your mother as the Lord your God commanded you, in order that your days be lengthened, and that it may go well with you on the land that the Lord, your God, is giving you

The main reward in both versions is: למען יאריכון ימיך (your days be lengthened) and the second one also adds: למען ייטב לך (literally, that you may have goodness), and in both cases the reward is linked to the land that God has given, which is most naturally interpreted as the land of Israel.

Many books and articles have been written about the literal interpretation of the Fifth Commandment: the requirement to honor and respect your parents during their lifetime.

However, since this Commandment is on the “God side” of the tablets, and since it indirectly refers to the land of Israel in the reward, I find it natural to extend (not replace!) its meaning beyond our parents’ lifetime, and generalize it to all of our ancestors.

What does it mean to honor our parents and grandparents even after their death? It means carrying forward their legacy. It means honoring their values. It means being inspired by their struggles. It means connecting spiritually with their memory. It means finding a way to respect our shared tradition even if we find it hard to accept it literally.

In these days of rapid assimilation and loss of Jewish identity, one might argue that this interpretation of the Fifth Commandment is the most important of all, since it is a prerequisite to keeping all the others. Here is my amendment to The Fifth (Commandment):

Honor your father and mother’s legacy, so that its days may be lengthened
כבד את מורשת אביך ואמך, למען יאריכון ימי המורשתThe legacy that we leave our children is that which they choose to honor and respect. We don’t control what our children will choose to honor as our legacy. We can only teach them by showing them that we honor our own parents’ legacy. And that multi-generational Jewish legacy is embodied in the concept of God Of Our Fathers: whatever our parents and ancestors believed has become our legacy.

The use of the words God Of Our Fathers אלוהי אבותינו is deeply rooted in the Bible as well as in Jewish prayer. In a previous post, I discussed the burning bush scene in Exodus 3 where God introduces himself to Moses with these words:

And He said, “I am the God of your father, the God of Abraham, the God of Isaac, and the God of Jacob.” And Moses hid his face because he was afraid to look toward God.

The business card that God presents to Moses on their first date does not say that he created the entire universe and all of mankind, but rather that he was the God of his ancestors.

Jewish prayer also harkens back to the Exodus as one of the identifying features of the Jewish God. The 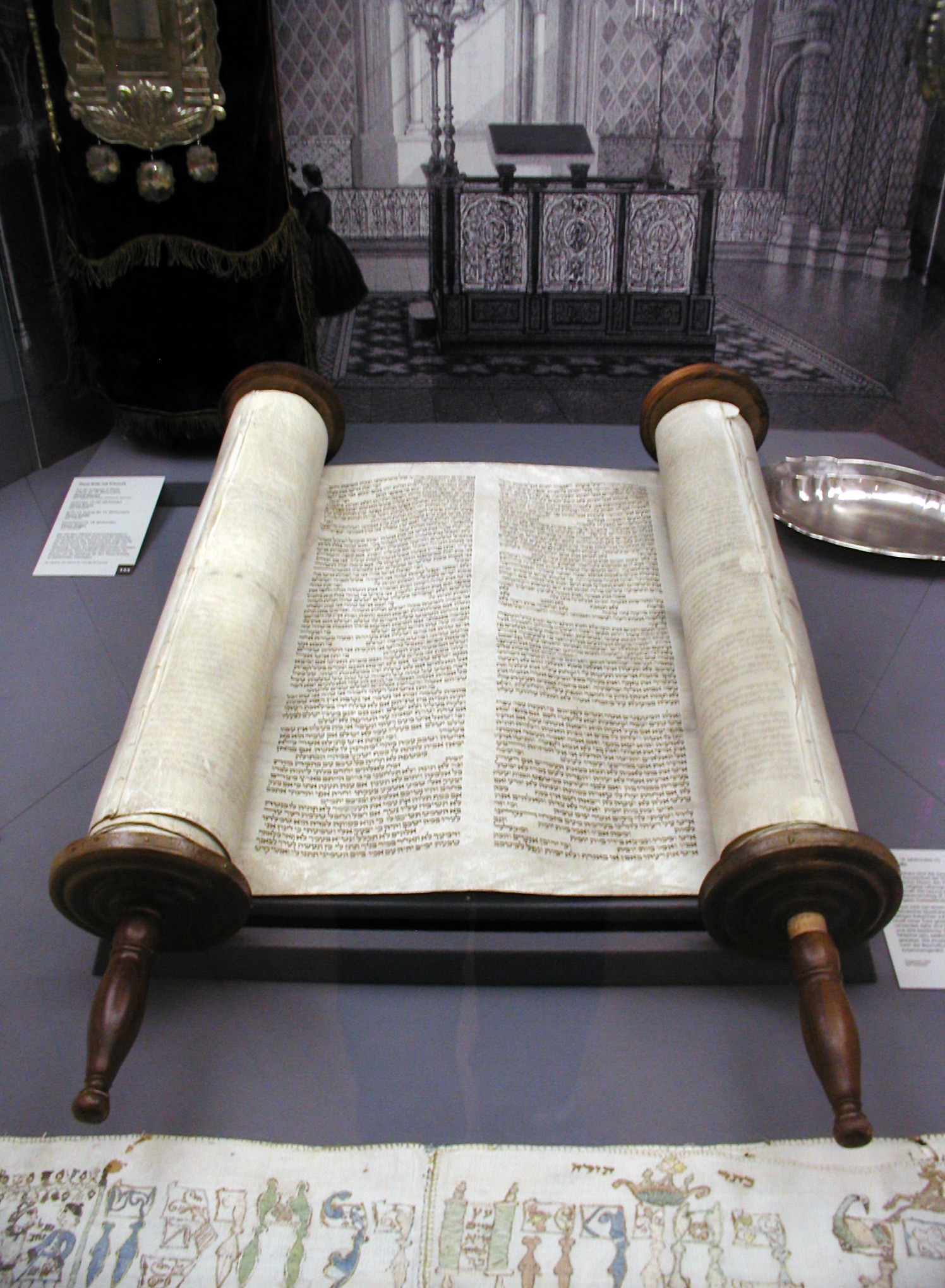 and the “Amidah” עמידה prayer blesses the God of our Fathers (and Mothers) several times:

The spiritual connection to our ancestors is especially powerful in a communal synagogue setting.

When the ark is opened and the Torah scrolls are exposed, Jewish generational continuity unfolds right before our eyes. The Torah scroll is hand-written on gevil or klaf using the same technology that our ancestors used. There is something ironic about the fact that today we use the words “scroll” and “tablet” in the context of sliding our finger over our iPads, and yet the most reliable form of long-term information storage and display remains the ancient Torah scroll. Modern and ancient technologies fuse into one when you view the Dead Sea Scrolls Digital Library, which puts the most ancient scrolls of 2,000 years ago at your scrolling fingertips on your iPad tablet over the internet. 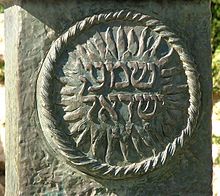 If you allow yourself to define the God of our Ancestors as the common source of strength of the Jewish people as they faced adversity throughout history, it will suddenly seem very real. By studying and spiritually connecting with our past, we can tap into the same source of strength to help us deal with the future.

The real miracle of the burning bush is not that at one point in time, thousands of years ago, it burned and wasn’t destroyed, it’s the fact that the Jewish flame that emerged from that moment is still burning thousands of years later and cannot be destroyed.

Honor and cherish that legacy. Take the Fifth!